Here at Slot.it we have a soft spot for Chaparral cars. Actually, we’ve had the immense privilege of being praised by Jim Hall in person for our own version of the 2E. Now comes the 2F.
About this car, the Man himself said: “For the 1967 endurance races we built the 2F. I thought that it was pretty spectacular and quite decent-looking too. […] The car was plenty fast with the 427-cubic-inch aluminium Chevrolet engine, but we were beset by more little nit-picking problems than anyone can imagine”–Jim Hall. The Slot.it CA46a model represents the car that raced the 24 hours of Daytona, Feb 4-5th, 1967. For the first time in a mass produced slot car, the features that are unique to this Daytona race are done properly: the radiators, in their signature rear position, divert hot air through two tail end openings, rather than through their later, 2E style, top of rear hood. The nose of the car is also void of the characteristic aerodynamic balance openings. Unique to the Daytona car, a rear mirror springs from the right side of the driver’s window.
Nose air intake and rear motor area are also unique to this specific car. Last, ‘ça va va sans dire’, in classic Chaparral style, the rear wing can be moved. On track, the 2F dominated the 1967 Daytona race ahead of all Ford, Ferrari and Porsche, and set the fastest lap of the race, until Phil Hill hit the wall hurting the chassis and rear suspension. The car was forced to retire due to damage. 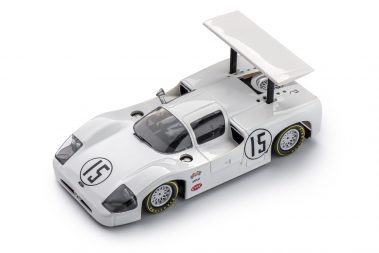 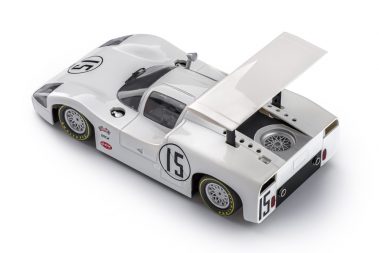 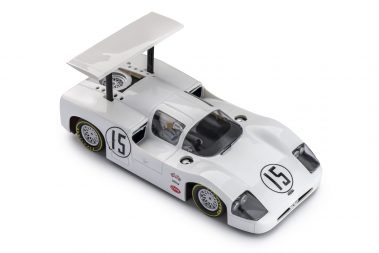 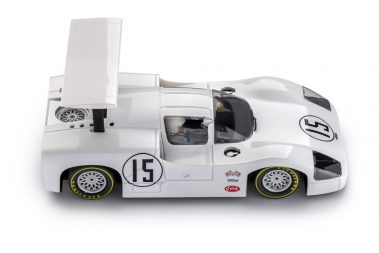 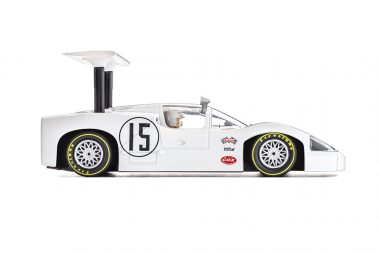 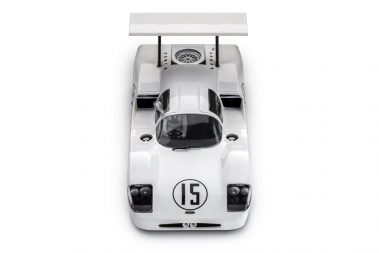 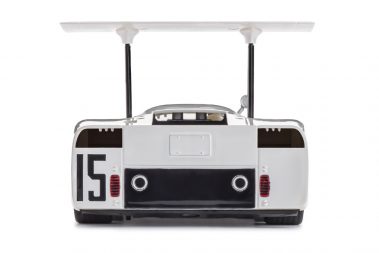 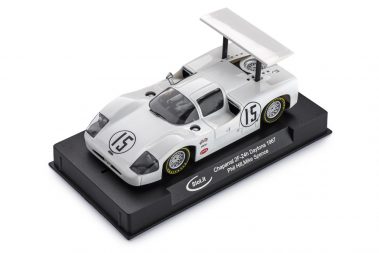 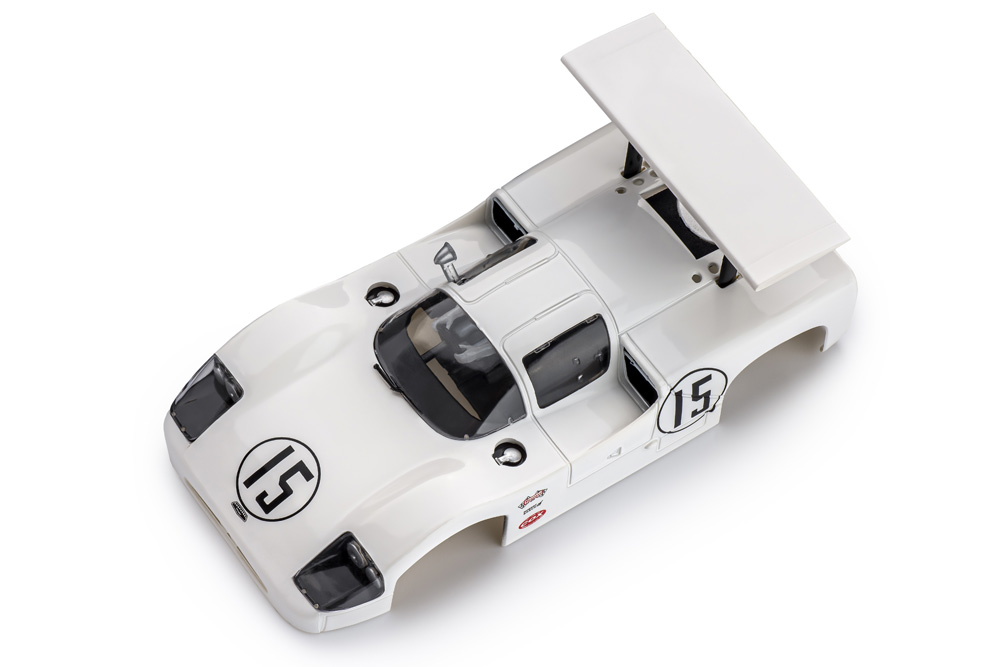 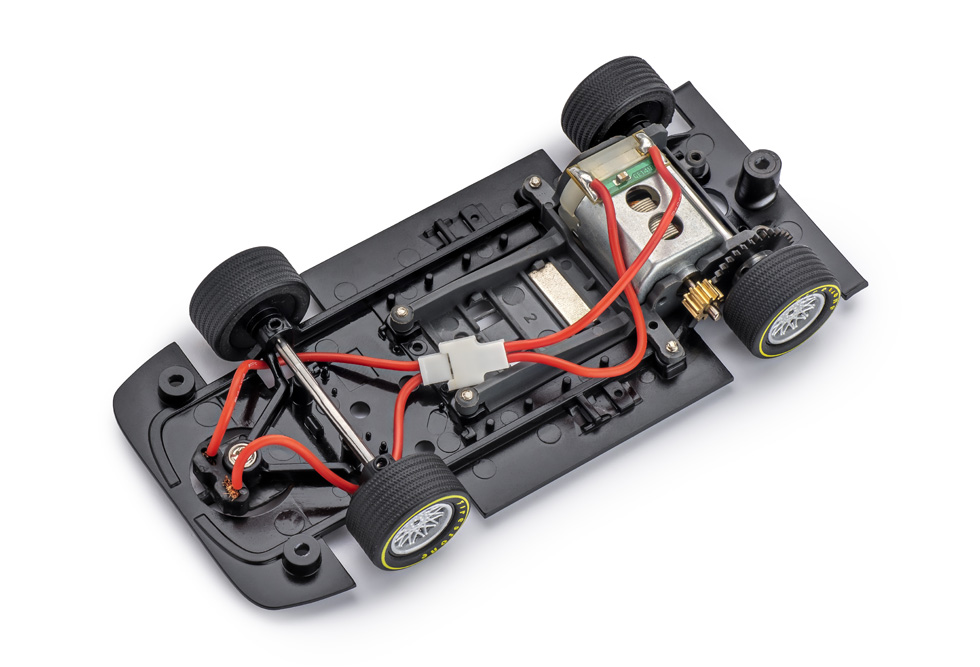