The Alfa Romeo 155 V6 TI is a racing car built to race in the DTM (Deutsche Tourenwagen Meisterschaft) series in 1993. At that time the German Touring Car Championship was the peak of technology for touring car racing, and it reserved for cars of Class 1 (first division or D1). The rules mandated cars with an engine displacement of 2.5 liters and 6 cylinders at most, derived from approved models and produced in no less than 25,000 units. The rules allowed deep changes to the car, provided that the external lines were maintained. When Alfa Romeo introduced its 420 bhp, four-wheel drive 155, the more conventional rear-wheel drive Mercedes 190 couldn’t matche Alfa’s performance. In 1993, the Italian car dominated the category, winning 12 races out of 20 with its the two factory drivers, thus winning both drivers and constructors titles. To date, the Alfa Romeo 155 is the only non-German car to have won a DTM championship. This Slot.it model reproduces the works No.27 racing on the 1994 DTM championschip for the Schubel Team, driven by Michael Bartels. 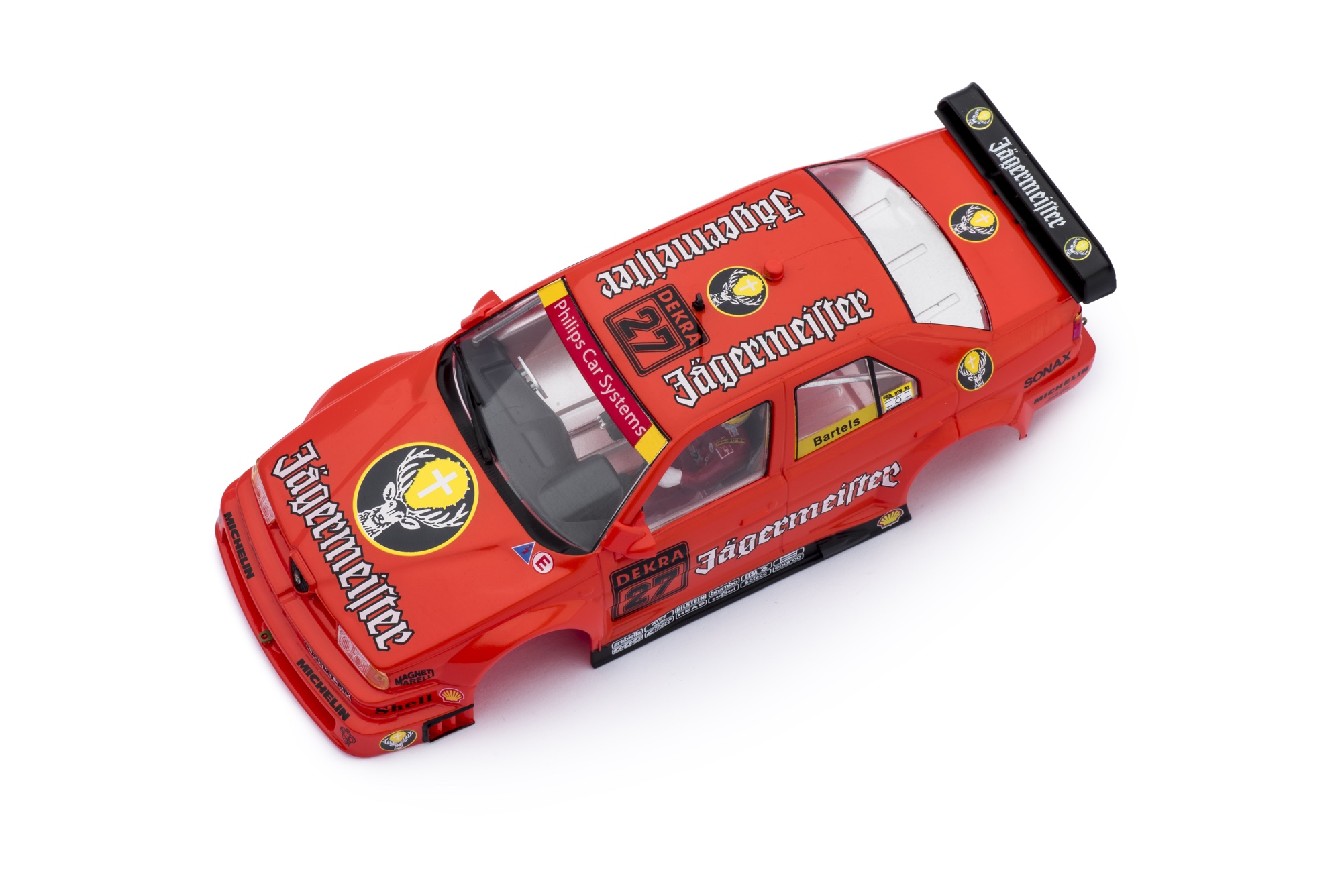 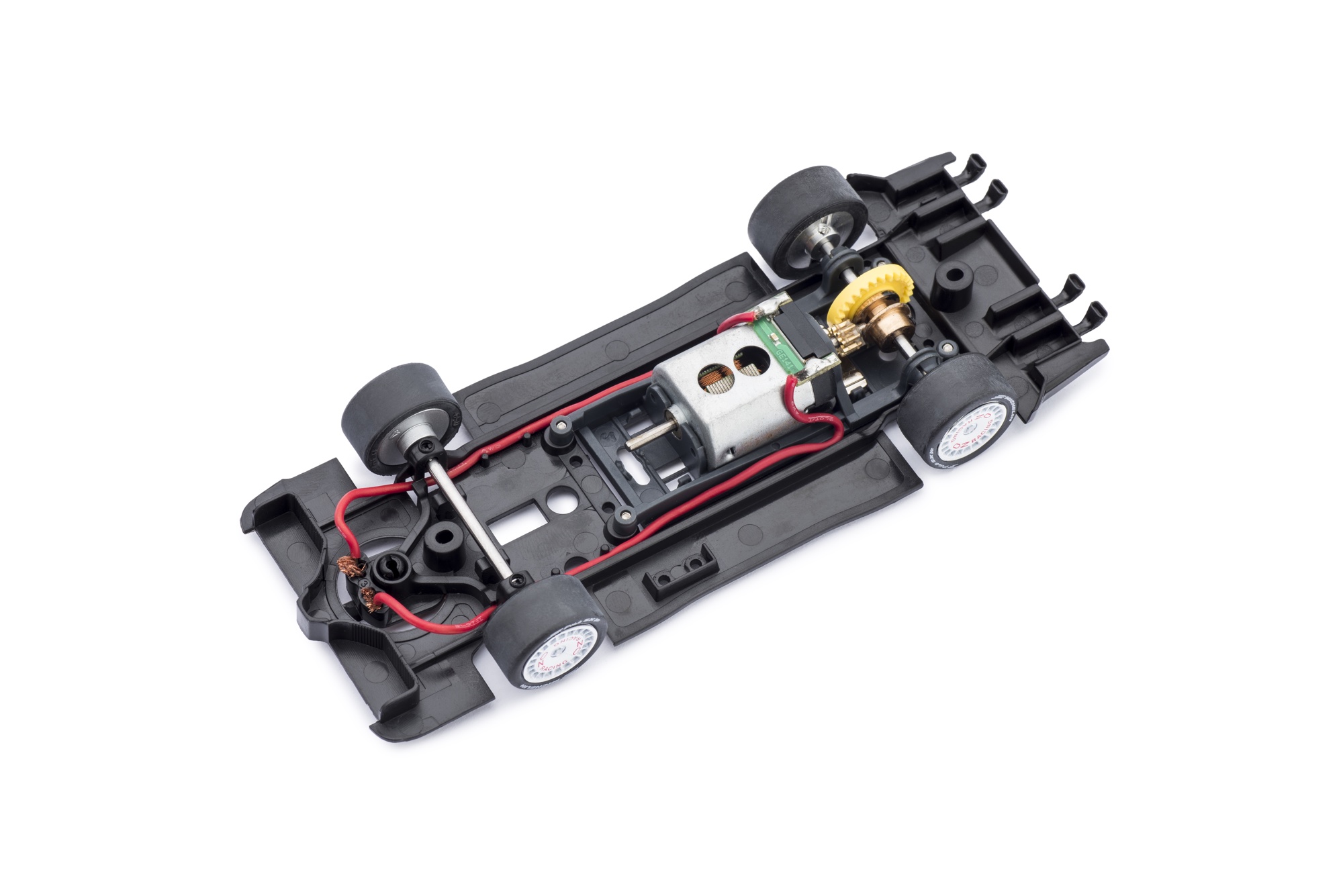