The Maserati Granturismo is without doubts one of the most beautiful GT cars of the last 10 years. A timeless classic design by Pininfarina, it was turned in a GT3 racing car by Swiss Team, who was given permission by Maserati following previous successful collaborations. Swiss Team, lead by Guido Bonfiglio, started the development in late 2011.Despite a very promising start, which led to a maiden victory in Vallelunga, the Maserati Granturismo GT3 project did not enjoy a long career. The Slot.it model (CA43a) is based upon the “Tridente Motors” n.74 car, that raced at the ‘Salita del Costo‘ hillclimb in 2017. It comes from a totally new mould, assembled in Sidewinder configuration with 17.3mm rims and 23k “slot.it V12” motor. 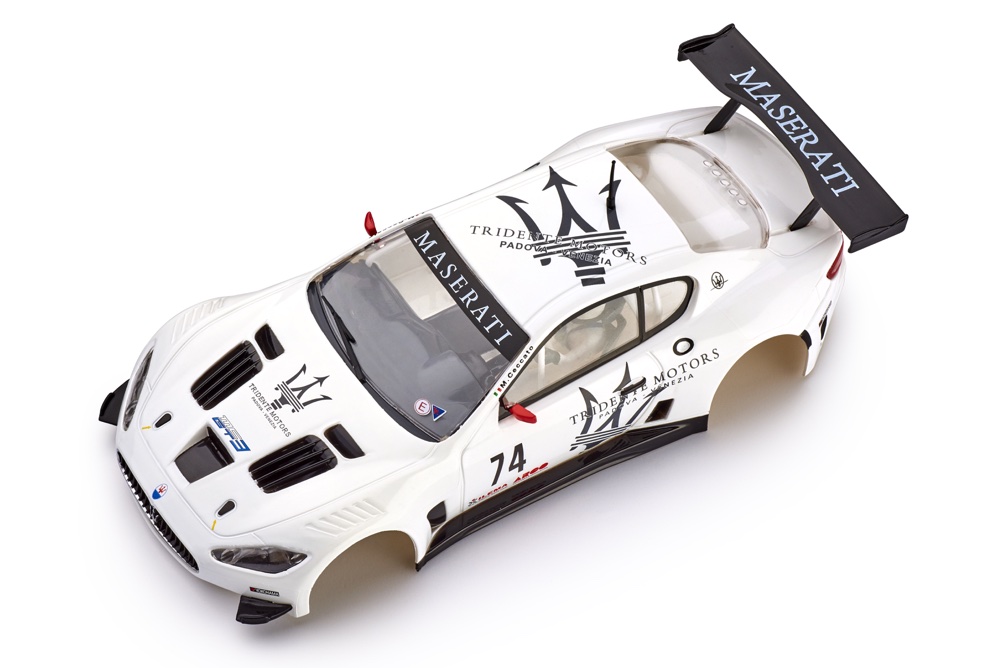 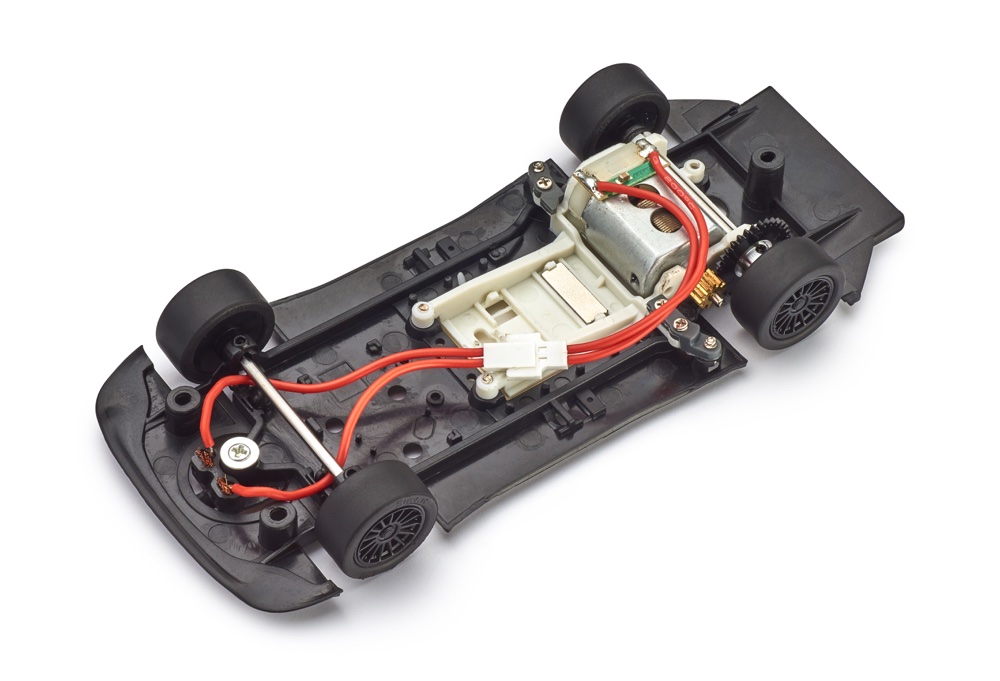