The GT-R name, used between the 1960s and 1970s, was taken up by Nissan in 1989 for the R-32 model. Powered by a 2,586 cc inline 6-cylinder engine, with four-wheel drive and steering, the R-32 proved monstrously effective on the circuits, so much so that it deserved the nickname of ‘Godzilla’, with good reasons: the model was practically unbeatable in four consecutive editions of the All Japan Touring Cars championship and in the Australian one for three, including two Bathurst 1000 editions (‘91 and ‘92). It was only a change of regulations which caused the end of its racing career. The Nissan R-32 raced and won often in Gr.3 configuration. Driven by Masahiro Hasemi, it dominated the Guia Race in Macau in 1990, ahead of the BMW M3 and Sierra Cosworth. In 1991 the R-32 was penalized by a mandatory ballast of 150kg, while European cars were allowed to race in DTM configuration, with more powerful engines and wider tires. The R-32 never appeared in the Fast and Furious series. This model reproduces the car with which the Japanese driver Masahiro Hasemi won the Guia race in the streets of  Macau in 1990. 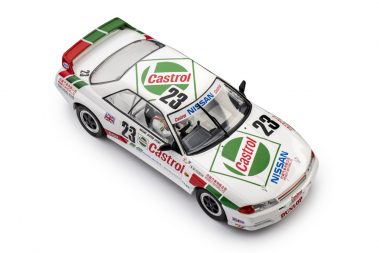 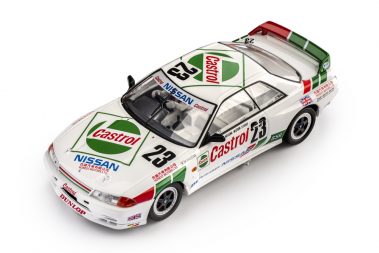 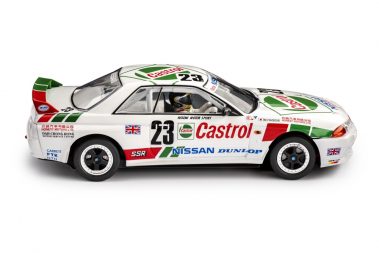 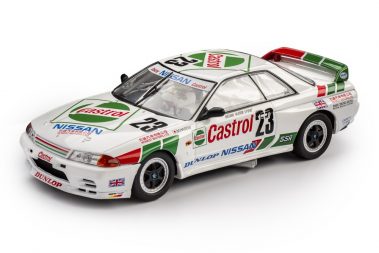 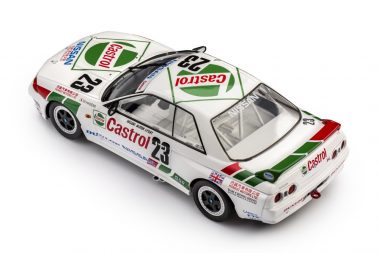 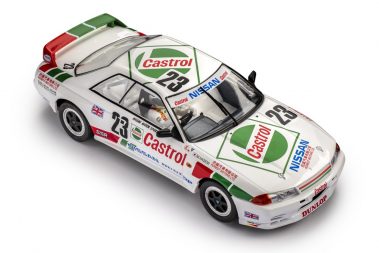 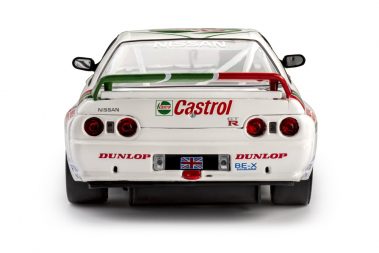 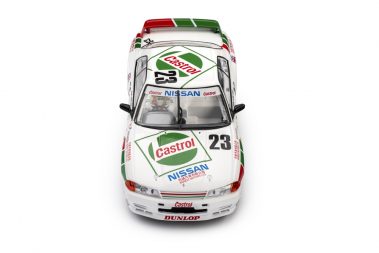 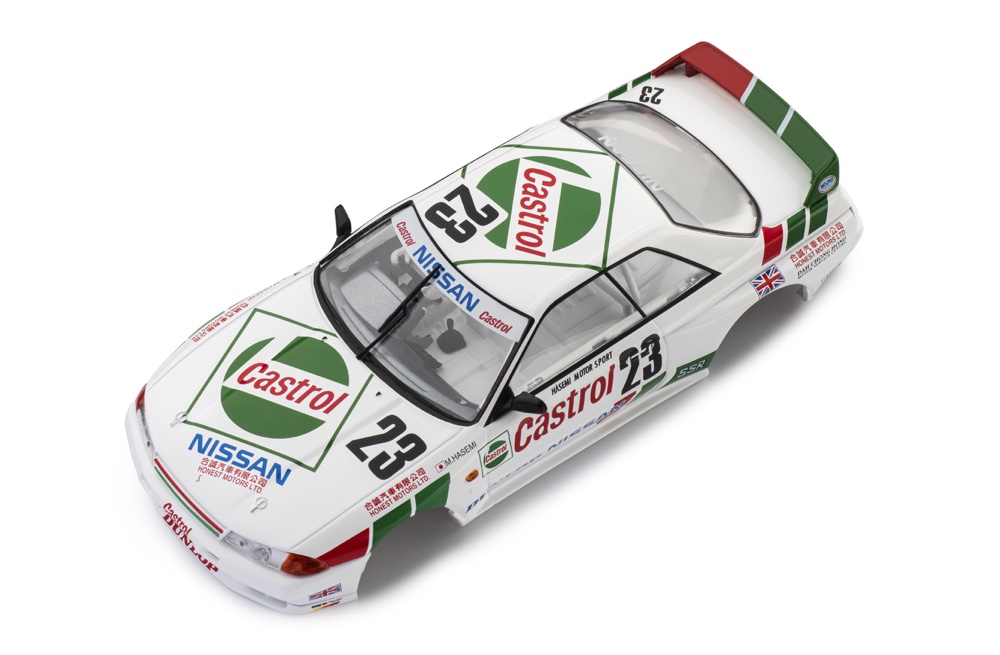 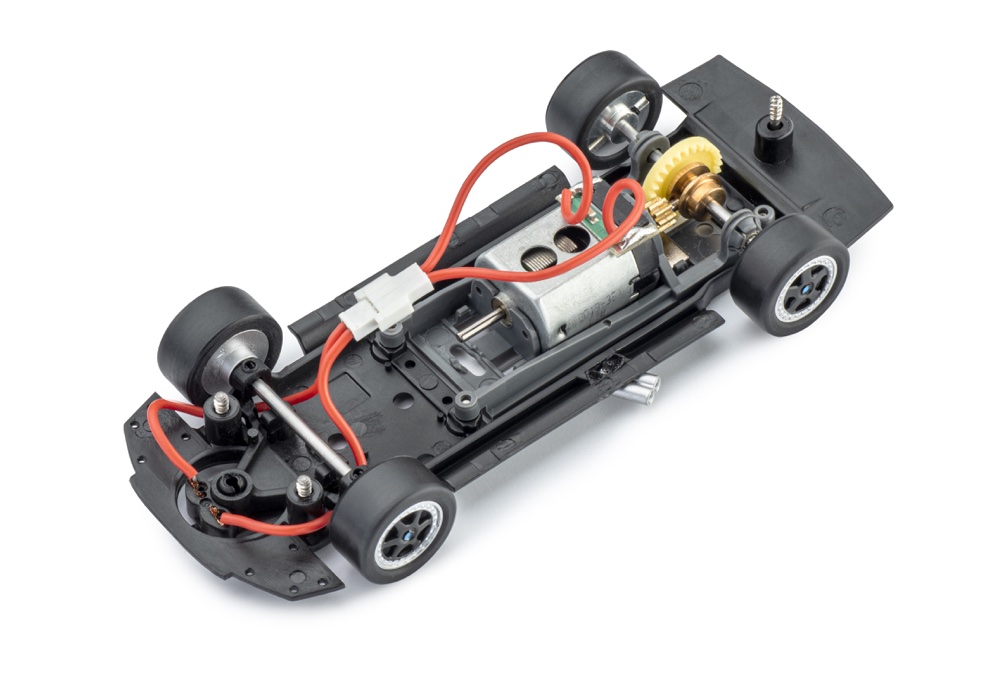