The Mercedes 190E 2.5-16 Evo II made a triumphant debut, winning all the first three places, in 1992, in the very popular German tourism championship “DTM” – Deutsche Touren Wagen Meisterschaft. The car was developed by AMG starting from a “road” car base, and was built in about 500 units as required by the regulation. Compared to the EVO version the power was increased by 40 Hp. Engine hood, boot lid and spoiler were made of special plastic material. The Evo II raceing debut took place in the northern ring of the Nürburgring in the DTM race on the 16th of June 1990. In the final championship race, on the Hockenheim track, a new car was supplied to all teams. This model reproduces the car with which Ellen Lohr won in 1992 at Hockenheim. 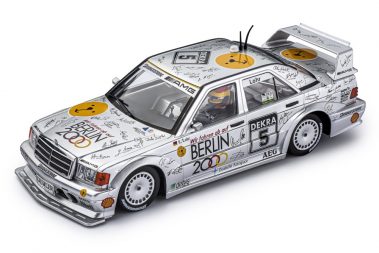 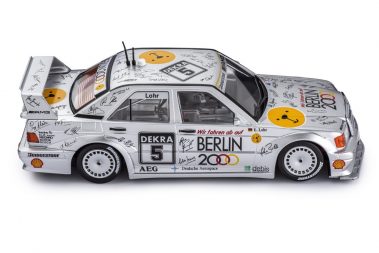 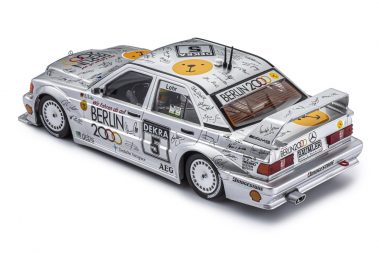 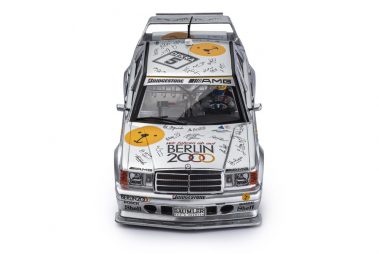 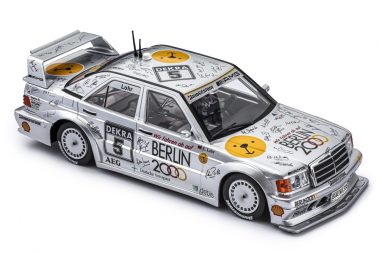 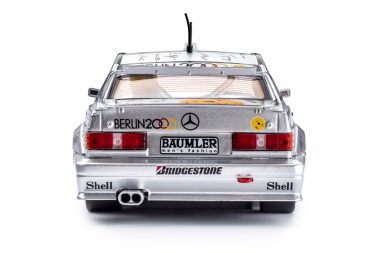 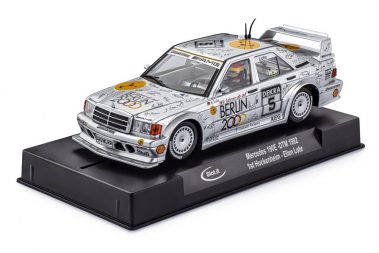 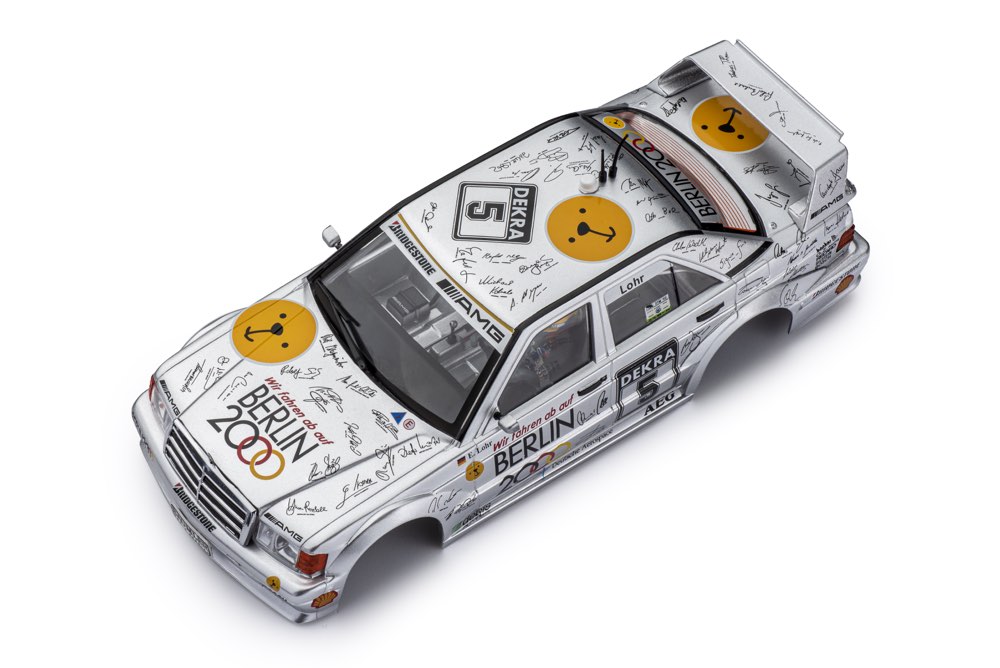 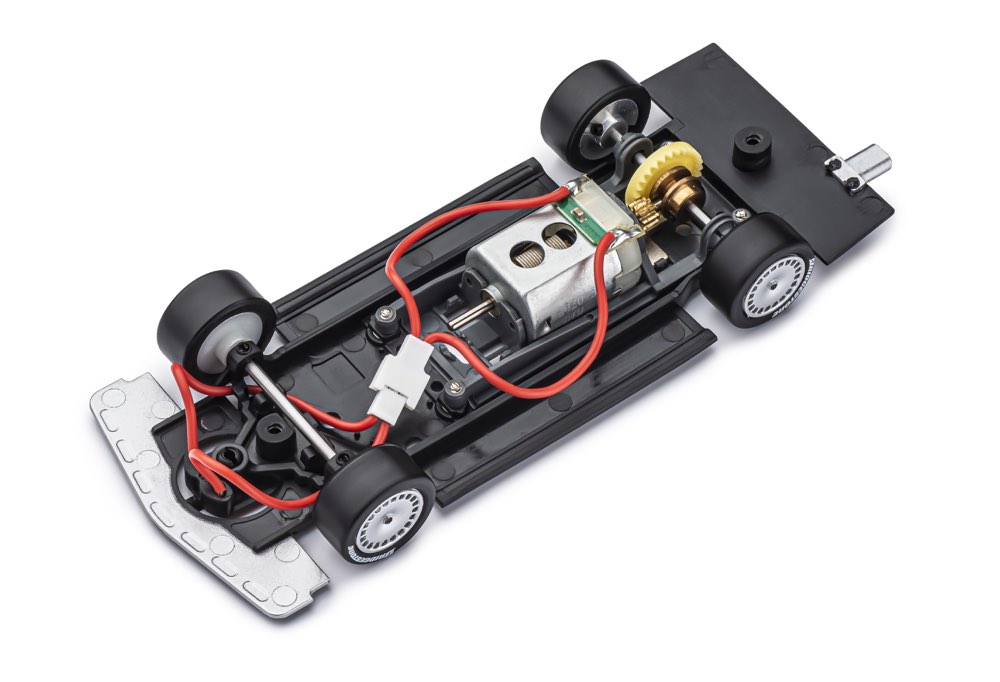